The History of Flamenco Dance

Published on by admin

Evoking passion, temperament and energy, flamenco is one of the most exhilarating art forms to witness, both in the visual and in the audible sense. With centuries of socio-cultural evolution, flamenco has a rich history, which unfolds with every stomp of the dancer’s feet, strum of the musician’s guitar, and clap of the singer’s hands. In order to enjoy the flamenco of today, it might be useful though, to understand its origins, which are rooted in the gypsy culture of Andalusia, in the south of Spain.

Although the Spanish dance can nowadays be seen as synonymous with its national identity, its roots and the route to popularity were more complex. Undeniably, there is not a sole reason or event that propelled flamenco to acquiring a recognized status as a global dance in line with ballet and hip-hop, but rather a variety of factors that enabled this transformation. Three major developmental phases can be recognized in the evolution of flamenco: the arrival of the gypsies to Spain, the romantic era, and Franco’s dictatorship. The Arrival of the Gypsies

Although, by now, flamenco has adopted a global status, the dance originated in the 15th century, with the arrival of the Gitanos (gypsies) to the Iberian Peninsula. This settlement occurred after a certain diaspora, in which the gypsies traveled for centuries across different lands of the globe, most likely India, Iran and Egypt. Through this, the gypsies started to adopt the various folk dances they encountered on their journey, which they then amalgamated in order to create their own culture, identity, and art of expression.

After three centuries of extortion and oppression by the monarchy, flamenco started to finally receive continental recognition. With the arrival of the Romantic era in Europe in the late 18th and early 19th century, flamenco started to gain prominent status in literature and the arts. Since Romanticism laid an exuberant emphasis on nature, the emotional and, most importantly, the communal folklore, its artists were now stimulated by foreign and more Bohemian cultures, such as the Andalusian one.

Flamenco was, in this era, an artistic haven for romanticists as it was a manifestation of the oriental and the exotic. It was in this time period that the modern form of flamenco, which is popular nowadays, emerged. A prime example of the fanatical fantasy of flamenco can be seen in Prosper Mérimée’s Carmen (1845).

Subsequently, the commercialization of flamenco began in the late 19th century, which transmitted into the openings of cafés cantantes – cafés and bars in which flamenco song and dance accompanied the evening visitors. This ‘Spanish art’ was accordingly extended throughout Europe, so much that the most prestigious ballerinas of the theatre were converted into ‘Gitanas.’ Ballerinas such as Taglioni or Gestiginer adopted the gypsy image and together with the ópera flamenca – a flamenco spectacle translated into opera and ballet – flamenco had officially transformed to a popular culture enjoyed by the aristocrats and elites. The last developmental phase to flamenco becoming the art form everyone knows and loves today was its adoption as a national dance by the Spanish dictator Francisco Franco (in power: 1939-1975).

Realizing the potential flamenco could have, the government started to use it as an instrument for government propaganda. Furthermore, films that included flamenco became a key component in the government’s plan to attract more tourists to Spain. Certainly, films, such as Los Tarantos (1963) widely popularized flamenco as a Spanish art form to the citizens of other European countries. Thus, by the time of Franco’s death in 1975, flamenco had established itself in the music and dance world as a prominent form of art and culture, synonymous with Spanish identity. 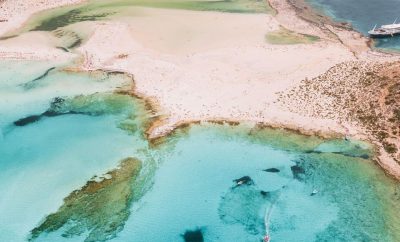 Crete – A never ending feast...
The largest island in Greece, Crete is renowned for its pin-up beaches, wild natural beauty, exquisite cuisine and thousands of years of culture and history ...
Apr 20, 2015 , 1

One thought on “The History of Flamenco Dance”

I only want to book
I want to rent my property
Already a member? Sign in!